Thor, Iron Man, Captain America, Hulk and many more of their allies and adversaries are coming to Australia’s first major Marvel exhibition at Queensland’s Gallery of Modern Art (GOMA) in Brisbane this winter. Here’s the low down on making the most out of these lycra clad heroes while they’re in town.

Wander along Brisbane’s South Bank boardwalk past the State Library and before you reach the winding entrance to the Kurilpa Bridge, you’ll find Queensland’s Gallery of Modern Art. Simply called GOMA by those in the know, it’s the sister to the nearby Queensland Art Gallery (QAG). Unified as a single institution across two sites, together they make QAGOMA. And having reached the milestone of more than 10 million visitors to both sites since GOMA opened in 2006, things are about to get even more marvellous…

Having only recently celebrated its 10th birthday during the summer of 2016/17, GOMA is gearing up to follow it with something rather special this winter. Running from May 27 to September 3 2017 is its latest exhibition titled Marvel: Creating the Cinematic Universe.

This interactive showcase has been curated exclusively for GOMA and is Australia’s first major Marvel exhibition, as well as the largest ever presented in an art museum.

Fans can expect to be enthralled by more than 500 artworks from Marvel’s archives and private collections. There are even some iconic objects on display like Thor’s hammer, Captain America’s shield and Iron Man’s armour. And that’s not all, there are also dynamic works of concept and keyframe art, more than 60 original costumes, over 150 props, and never-before-seen set pieces from the upcoming film Thor: Ragnarok, including the majestic Asgardian throne room.

Filming for Thor: Ragnarok took place in the Brisbane CBD in August 2016 with the setting used to double as New York City. And in case you didn’t know, a fair selection of Marvel’s movies have post production effects work done at home here in Australia too. Luma Pictures have offices with digital artists working in Melbourne as well as Santa Monica, California.

Tickets for Marvel: Creating the Cinematic Universe at GOMA are on sale now. A single adult costs $25.00. Concessions, member discounts and season passes are also available.

The exhibition runs from May 27th to September 3rd 2017. We reckon a full afternoon of looking at super heroes in tight costumes could leave you feeling fairly frisky. So if you’re booking the dates in advance, why not be a hero too and book in a sexual health check up while you’re at it? 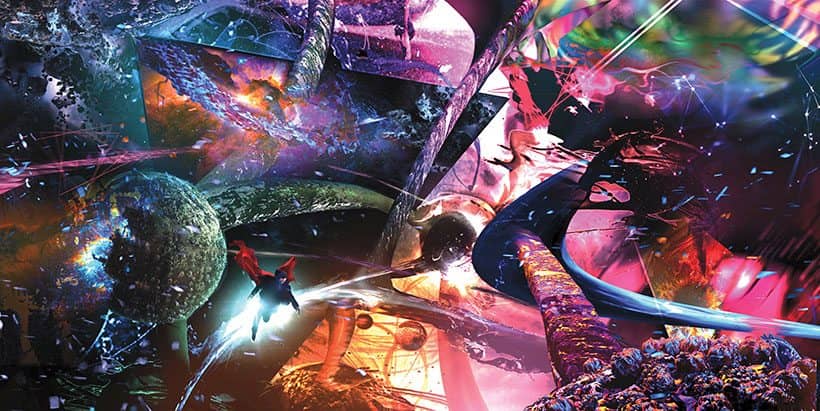