Angie Greene’s interest in AFL has nothing to do with the sport itself. “The reality is that AFL is one of the most powerful cultural bodies in Australia. Whether you’re someone who loves it, or someone like me who doesn’t love it, sport has huge potential to create social change,” she says.

Stand Up Events is Angie’s way of tapping into that potential. Founded in 2015, Stand Up is a not-for-profit organisation dedicated to fighting sexual and gender discrimination in Australian sport. Their mission is to create safe, welcoming and inclusive sporting cultures for the LGBTIQ+ community. “Sport is fundamental for all of us in terms of physical, emotional and psychological health. It’s part of our families and communities. But the research we’ve done shows that a high percentage of gay and bisexual men eliminate themselves completely from any male-dominated team sports because they don’t feel welcome.”

Other initiatives, like Pride in Sport, work with a similar vision. “Sport is a fundamental human right and everyone should have access to it,” says Beau Newell, Pride in Sport’s National Program Manager. “Discrimination in sport affects everyone involved. It impacts their employees, their athletes, their coaches and even spectators.”

One of the most important tools organisations like Pride in Sport and Stand Up have is information, especially in the form of research. In partnership with Monash University, Stand Up have recently completed a study into reducing homophobic language and behaviour in sport. Their research has, for the first time in Australia, shown that it is possible to counteract and even prevent cultures of sexism and homophobia in AFL.

It’s a sporting culture Angie knows well. Angie’s father Russell Greene played professionally for over 15 years and is in the Hawthorn Hall of Fame. Her eldest brother Steven Greene also played AFL for five years and VFL for three. “Growing up, I remember AFL culture kind of consumed my life. If we weren’t watching footy or hanging out with footy players, we were talking about it at the dinner table. It was a very exclusive, sexist, heteronormative environment.”

“… it is possible to counteract and even prevent cultures of sexism and homophobia in AFL.”

The problem is self-evident. AFL remains the only professional sporting code in the world never to have an openly gay or bisexual player. This is in spite of initiatives like the Pride Cup and Proud2Play, along with very visible support from clubs.

Beau says it’s not surprising that AFL has such a noticeable lack of out players. “Whether sports like it or not, there’s a historical perception of homophobia. High-contact sports like AFL in particular have a very ‘masculine, male-dominated’ visual. It’s interesting to compare the sporting environment to the workplace in Australia. A previous study showed that up to 87 per cent of young gay men were in the closet when they played sport, compared to a separate study which showed up to 55 per cent were in the closet at work. There is something amiss within the sporting culture in Australia to see such a high proportion of male athletes in the closet. All the research points to similar motivations – the reason people are in the closet is often because they feel unsafe.”

Stand Up’s recent research aimed not only draw an outline of AFL’s culture problem, but to see if it was something that could be changed. The first phase of the research gathered data based on reviews of nearly 200 studies, interviews with sport leaders and a review of survey responses from nearly 3,000 Australians.

“One of the most interesting things to come from the study was the dissonance between people’s values and the way they behave. The majority of our sample said they held no homophobic views – but they were still using homophobic language all the time,” Angie says. “That’s an interesting thing to look at. People know it’s not OK, but they still very much accept casual homophobia, where they wouldn’t accept casual racism, for example.”

The results of the report are ground breaking. Within three months, Stand Up’s approach resulted in a 20 per cent reduction in homophobic and sexist language and behaviours. “That’s huge for us,” says Angie. “With most interventions like this, you don’t really see any results because behaviours are really hard to change. For us to get that noticeable shift in only three months is exceptional and it shows us that it works. The change we want is possible and we know how to get it started.”

“Within three months, Stand Up’s approach resulted in a 20 per cent reduction in homophobic and sexist language and behaviours.”

Allies – the key to success

Angie says the key to Stand Up’s success is allies within the AFL community. “Something that’s come out of the study is that it’s really important to show visible allyship. I’m so incredibly proud the work our ambassadors did in particular. They gave us so much of themselves and their time; we are absolutely indebted to them.” The results are also validation of something she’s felt and seen within her own family. “I look at my dad, with his history in the AFL and all those people who look up to him, and the things he’s done, fronting the Marriage Equality campaign with my brother Brent. I look at how passionate he is about sharing that awareness with other people. That’s so important, and he’s got a really big audience who might not be hearing it from anywhere else.”

Allies have been a big focus for Pride in Sport as well. “Allies are critical,” confirms Beau. “We couldn’t have achieved what we’ve achieved without them. The difference we want to see now is for passive allies – who are supportive of the rainbow community but don’t actively do anything towards helping them achieve equal rights – to take a more active role in calling out discriminatory language and behaviour in sport. This starts from CEOs and chairpersons down to the people working in the canteen – everyone has a role to play.”

So what’s next in the fight against homophobia in one of our biggest cultural institutions?

In a joint initiative, ACON, the Australian Human Rights Commission, and the Australian Sports Commission developed the Pride in Sport Index, a research-based tool that supports clubs to change their cultures to be more inclusive of diverse sexualities and genders. It’s the only benchmarking tool of its kind for sporting clubs. “It covers things like governance, policy, visibility, community engagement, research and education, to support sporting organisations at all levels to be more inclusive. It also lets them benchmark themselves against other clubs and other sports, so they can see what’s going on across sport as a whole. If they look at other organisations that are working effectively in this space, they can see that they’re doing really well in increasing their talent pipeline. They’re not just supporting their LGBTQ players; they’re getting more of the things that make clubs successful – more members, more players, more volunteers.”

Stand Up are undertaking the mass digitisation of their resources and research, ready for the post-COVID world. Angie sees her own responsibility as an ally changing. “Now that we can really show that what we do works, my role as CEO and founder is to bring people from the LGBTQI+ community to the table. They’re the people who are best equipped to take us forward – people who have the lived experience and who really deserve that spot at the table.”

For details of inclusive sports clubs in all Australian states and territories, check out: Five reasons to join a GLBTI sports club and where to find one.

We all shine in unique and individual ways. LGBTQ+ performers tell us how they shine and live their best life. 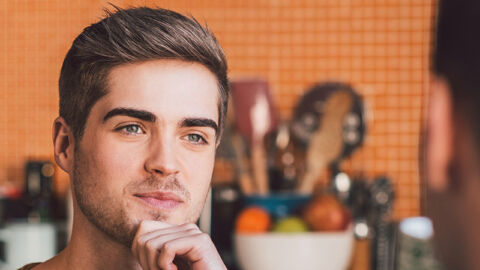