Is it possible to find love online?

Online dating can sometimes feel like an endless sushi train which only serves sexy times (of varying quality) and disappointment. But as these three couples show, logging in can actually be the first step to a long-term relationship — even when you’re not expecting it.

Chatted for: more than two weeks

We met on Grindr. The first time was definitely a hookup and not a date. I honestly don’t remember who messaged first but we’d been chatting for weeks before we decided to meet up. Simon seemed different to other guys online, like he was obviously looking for fun but he was also really friendly. He actually cancelled on me the first time we were supposed to meet, but we rescheduled for the next morning. As soon as I opened the door he started patting and talking to Stella, my dog, before he even said hello to me. I thought that was really cute. He was also a lot quieter in person than I expected. We didn’t actually end up hooking up and went for a walk to the dog park instead. Afterwards, I said I needed coffee and breakfast and he asked if he could join, and here we are nine years later.

I don’t think it’s a secret that our first date was supposed to be a hook up! We’d been chatting for a while and I’m a bit shy so we didn’t meet for a long time. I remember thinking Jason was really handsome in person but I think he’s probably right that I said hi to Stella first! I always say the morning meeting was the best idea I ever had. I got to see Simon a bit more relaxed, just hanging out at home on a Saturday morning. It made the whole thing more comfortable, you know? We’re both dog people and I was super relaxed with him straight away, even though we just went for a walk to the park. In my head I was already planning to meet him again, which was unexpected — most of our chat had just been about hooking up. I’d also lied and told him I was a non-smoker, so our first date was also the day I quit smoking!

Together for: a year and half

Chatted for: a couple of days

We met on Grindr. I can’t remember who messaged who first. We’d been chatting for a couple of days I think, nothing too much longer than that. He was really easy to chat to and I liked everything about his profile. I lied about my age but not intentionally — I hadn’t updated my profile for about three years but it was an honest mistake, I swear! The first time we met was just before COVID and I invited him to my place for some fun. At the start it was just a once-off hookup; there was definitely no talk of dating. Bryan was absolutely how I expected him to be from his profile, maybe a bit cuter in real life. I remember he had the best legs I’ve ever seen and he was a great kisser. We ended up being ‘COVID husbands’ during the Melbourne lockdown and then when that ended, we just decided to kind of keep going with it. Now we’ve moved in together and he’s growing to love my cat (who I share with my ex-partner).

I think I messaged first. I remember I had Chad favourited in my Grindr grid for a long time but for some reason I’d never messaged him. I don’t know why. When we met, he was exactly what I expected from his profile — very masculine and sporty — but the more I got to know him the more I discovered what a beautiful unicorn he is inside! The sex was really good — I remember that the most from the first time we met. I was a bit worried about how I would come across based on my profile. I have pics that make me look like a ‘straight-acting’ jock type, which is not me at all. Not too long after we met the first time, he messaged me — I think it was actually the next day — he said he’d love to catch up again and I agreed. It was about four or five months into the lockdown that I started to think I really liked Chad and things got a bit complicated. I said I wanted something more serious but he wasn’t really in the same headspace, and the lockdown made it hard because our regular lives were on hold as well. We were in a bit of a no-man’s-land for a while. It was probably a couple of weeks before all the restrictions ended that we properly got together and we finally got to go and do all the ‘dating’ things we hadn’t been able to do. That was a great way to start our relationship, I think — it felt like a bit of a new beginning.

Together for: a year

Chatted for: over a month

We met on Tinder — the ‘swipe right’ thing is a bit of a joke we have now! I wasn’t sure if I’d meet anyone because I’ve always thought Tinder was mostly for straight people. I’d never had any luck with online dating and I was really surprised that I met anyone at all. I remember we started chatting during lockdown and we matched on a Sunday morning. His profile was really cheeky and he seemed like a bit of a challenge — I’m surprised he got back to me because I messaged him with something lame about us having the same name. We couldn’t meet for ages because he was working in a hospital in the middle of the first wave of COVID and he couldn’t see anyone. We chatted for over a month and then finally met in September — and then there was another lockdown. I remember he was better looking in the flesh, which never really happens in my experience. It was a pleasant surprise. We were being really COVID-safe and I could tell he was gorgeous even under the mask. It was a really easy decision to start dating properly during the lockdown and he’s kinda saved my sanity over the past year.

Steve’s Tinder profile was really vague so I wasn’t sold straight away. Most of it was blank, I think. But we matched and when we started chatting, it flowed really naturally. We just got along from the start. I don’t think it was such a bad thing we couldn’t meet straight away because it meant we spent more time getting to know each other first. Everything was also really overwhelming with my work at the time so it was nice just to have someone to chat to who wasn’t pushing for anything else. By the time we got to meet, we’d sort of done all the awkward groundwork and I felt like I knew him already. I remember we met in a park and he gave me half of his sandwich and we sat under a tree. There were no surprises for me. He looked exactly how I thought he would, and he was just the same guy I’d been chatting to for the past six weeks. I really liked that. 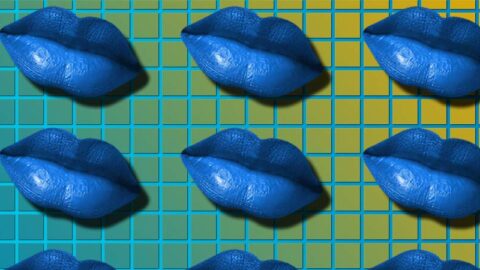 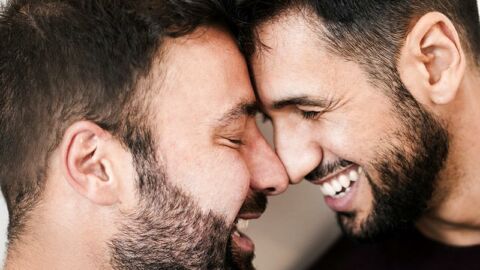 The good news is that you’ve got plenty of choices to look after your sexual health and have the sex you want in your relationship. 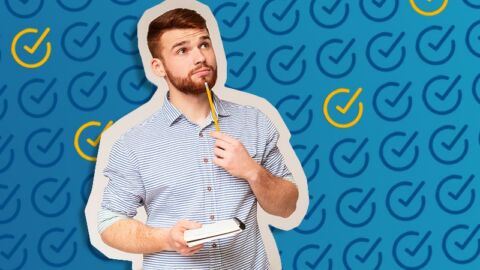 Before you get in deep, take a level-headed look at your compatibility in a few important areas