Have you ever noticed a guy with a coloured bandana or handkerchief sticking out of his back pocket? Bless you for not knowing how wearing one became the symbol of a secret sex language. Here’s how to decipher what it all means.

The hanky code has been a part of underground gay culture for over 40 years, and if you don’t know what it’s all about, we’ll get you up to speed in no time.

Perhaps more prevalent in the leather community, you might still find a few practitioners of this means of secret communication. But what’s it all about?

It’s pretty straight forward. Wearing a coloured handkerchief or a bandana in a particular location on your body can be a way to indicate to somebody else what kind of sex you enjoy. Each colour or pattern represents a different sexual activity, while the positioning indicates your preference of role.

The list doesn’t stop there by any means. There are plenty of other colours to choose from, though sometimes the precise shades and hues of green, blue and pink are tricky to interpret. Before pouncing on anyone, it’s worth having a chat to ensure you’re not mixing your magenta with your fuchsia, or your teal with your light green. As always, consent is important, so consider the humble hanky an invitation to discover more about its wearer.

The code isn’t just limited to plain coloured bandanas either. Other types of printed patterns, materials or objects can be used to indicate particular sexual preferences. Some of the more interesting ones are: celery, rope, leopard print, electrical tape, a teddy bear, toilet paper, tie-dye print and a plastic bag!

But don’t worry… If it’s too much to remember what they all mean, here’s a handy hanky reference guide

If you’re wondering how all of this came about, why don’t we delve back through time to investigate one theory about the origins of this curious cultural phenomenon.

Let’s go back to old San Francisco circa 1852. Nearly 35,000 people were making a living as cowboys or miners during the California Gold Rush, and most of them were men. The stress and loneliness of the work would have been crippling, so to provide an outlet for having some fun there was a lot of dancing and singing in among the camps.

With a lack of females, each man had to play a role of male lead or female follower during a dance. To signify which role they were willing to play each man would wear a coloured bandana: blue to dance as a male lead; or red to dance as the female following role. 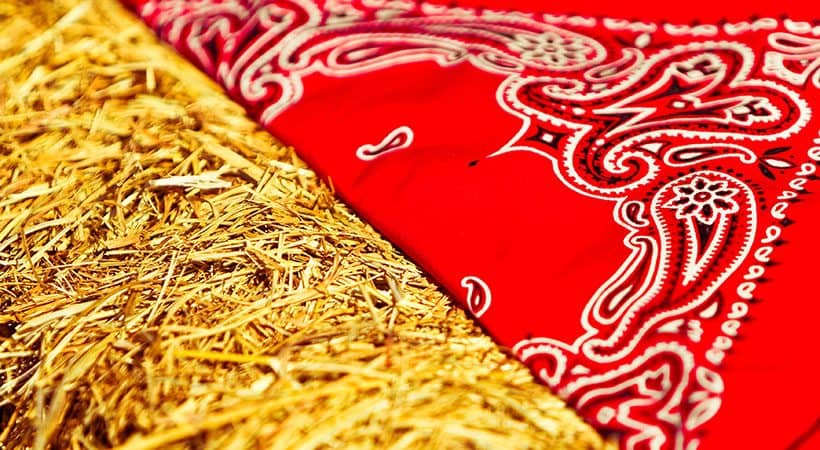 A journalist from The Village Voice — the first alternative weekly newspaper in New York — wrote as a joke that instead of using keys on the left or right pocket to indicate top or bottom in the bedroom, colourful handkerchiefs could be used to signal more specific interests. Perhaps he was inspired by California’s bygone times.

It seems as if the community were serious about adopting the amusing suggestion, and thus the hanky code was born… or at least that’s how the story goes.

Usage of the hanky code was rife amongst gay and bisexual men in the 1970s, but waned in the early 1980s. As today’s digital technologies rapidly replace face to face cruising, the profile details and search filters on our apps are perhaps the modern day equivalent allowing us to locate our perfectly matched partners remotely.

Though fans of fetish wear may or may not be aware of the coloured trim that occasionally adorns leather, rubber or neoprene gear such as harnesses. Black, white, red, yellow, green and blue seem common at some of the edgier dance parties and cruise clubs around Australia, but maybe their historic meaning has now been substituted for a fashion statement instead. 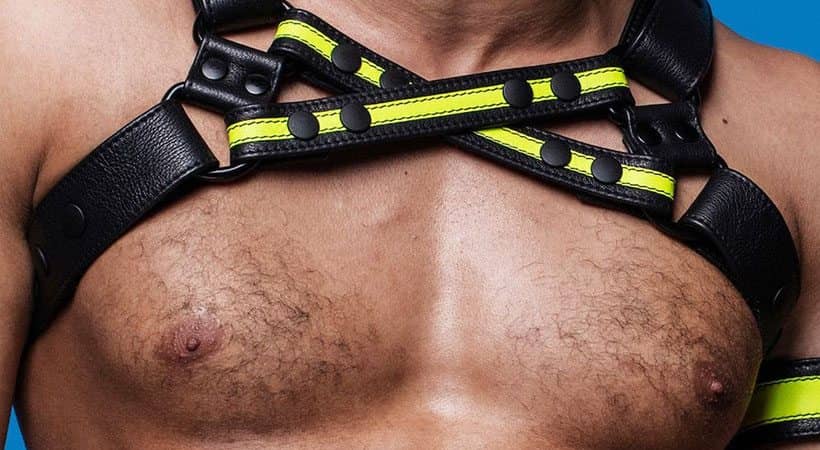 As for the digital world, perhaps there’s an opportunity to keep this tradition alive by including a rainbow of coloured dots on the left hand side, right hand side, or even centre of mobile app profiles to give a quick visual clue as to what’s on offer. What colour(s) would you choose?

Whatever you’d flag on your profile or pack in your pocket, there’s always room for some condoms and a sachet of lube or two. Even if you opt for a highly effective HIV prevention strategy like PrEP or if you’re living with HIV and managing an undetectable viral load, you might still get lucky with someone who prefers to rubber up — fortune always favours the prepared! Happy flagging.