We ask some questions and get some answers about the recent reports of antibiotic-resistant ‘super’ gonorrhea. How worried should we be?

The clap is clapping back! Recent reports about antibiotic-resistant strains of gonorrhea have made the news everywhere. The World Health Organisation (WHO) has issued an urgent call for more research into new treatment options and recommended the combined use of two ‘last resort’ antibiotics (azithromycin and ceftriaxone) for treatment.

But what does that mean? How worried should we be? Are we about to be swamped by incurable, lifelong gonorrhea, as the headlines suggest? Do we have it already? Is this how The Walking Dead really started?

To find out exactly what’s going on, we spoke to Kit Fairley, Professor of Public Health at Monash University and Director of the Melbourne Sexual Health Centre. Here’s what you need to know:

Are we experiencing a wave of ‘super gonorrhea’?

No. Our expert is quick to dispel this myth. “There’s no circulating untreatable ‘super’ strain at the moment that we know about. Any reports suggesting that this is the case are not representing the facts,” Fairley says.

“’There are still other options for treating antibiotic-resistant strains. What usually happens is that we develop a complex strategy of ‘recycling’ older antibiotics.’”

How many people have been infected with super gonorrhea? How did they get it? What happened to them?

So far, three cases have been reported (in Japan, France and Spain) of people with gonorrhea which was not treatable with the current mainstay antibiotics. It’s believed that gonorrhea developed antibiotic resistance within these individuals, either when these strains of bacteria were exposed to antibiotics or when they genetically acquired resistance from other bacteria already present, for example from strep bacteria in the throat.

No, these people aren’t locked up in quarantine somewhere. “They’ve been treated, and they’re fine,” says Fairley. “There are still other options for treating antibiotic-resistant strains. What usually happens is that we develop a complex strategy of ‘recycling’ older antibiotics.”

Are we headed for a situation where gonorrhea can’t be treated anymore?

“It’s unlikely that gonorrhea will become resistant to every antibiotic on the planet.” Fairley says. “What will probably happen is that it will become much more complicated to treat. Special tests will be required to tell which drugs will work and which ones won’t in each case.”

“What we need to remember is that there was a time before antibiotic treatment. People generally didn’t die from gonorrhea back then. Infections in the throat and urethra will usually resolve in about three months, and in the rectum within about twelve months. It can be a very unpleasant infection, and it can lead to serious complications.”

The absolute very worst-case scenario for gonorrhea is not fun for anyone, but people wouldn’t be dropping dead in the street either. If there were literally no treatment options available (again, it’s unlikely), we’d be back in the 1920s. Gonorrhea would be much more common, and because it’s untreated, it could lead to infertility and infection of the blood and joints – and the longer you have it, the more opportunities it has to spread. 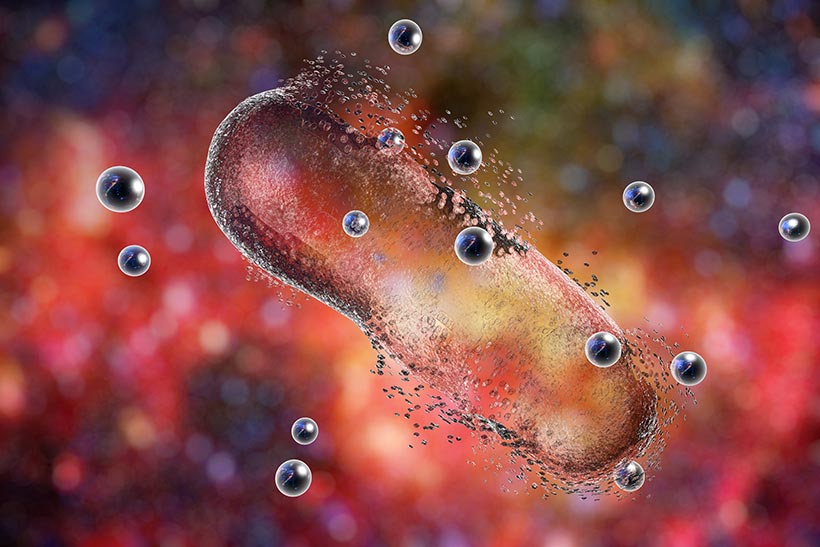 Are there other antibiotics in the pipeline?

Yes, but not many yet. The WHO is working with researchers to develop three new antibiotics to treat gonorrhea. “There’s general agreement that research needs to be done more quickly,” Fairley says. “And antibiotics aren’t the only option we’re looking at.”

What other options are there?

At the recent HIV and STI conference in Rio, Dr Eric Chow and Dr Lei Zhang presented, in abstract form, promising research on mouthwash as a preventative measure against spreading gonorrhea from throat infections. Yep, Listerine. While this is not yet proven, it will be interesting to watch the results of the research currently being undertaken.

And throat infections are a big deal for guy-on-guy transmission. While the study won’t be finished until mid-next year – don’t worry, we’ll be keeping you posted – mouthwash is possibly your new best friend. Gonorrhea is easily transmitted through oral sex (unless you’re using a condom for blowjobs – which we all do, right?) and potentially other contact with saliva. “Men who use saliva as lube more commonly have gonorrhea. It’s almost impossible to isolate, but there’s evidence that it can be spread through kissing as well,” Fairley adds. “This new research could be vital to preventing these types of transmission, which seem to be most prevalent in men who have sex with men.”

So, what can we do to protect ourselves now?

Prevention is best! Gonorrhea hasn’t (yet) adapted to punch through a condom, so it’s still the best way to protect yourself and your partner.

And get tested regularly: “Until we’ve got more conclusive evidence about new prevention methods, the best way to stop antibiotic resistance from spreading is to reduce the amount of infection in the population – which means getting tested regularly and treated fully.”